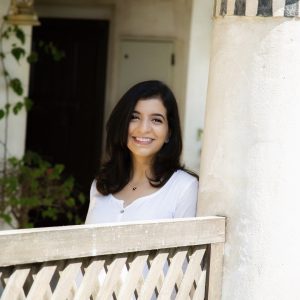 Aakanksha is the founder of Re:Set, an online publication which focuses on stories and resources around mental health and well-being, education, gender, parenting and inclusion.

Prior to starting Re:Set, Aakanksha worked at VICE for three years where she pitched and produced original stories, worked on documentaries and occasionally hosted on-camera. She has worked on stories with Anthony Bourdain, poet Rupi Kaur and Canadian prime minister Justin Trudeau. Before joining VICE, she interned at CNN’s Fareed Zakaria GPS. Her writing has been published at Vogue Arabia, Forbes Middle East, Harper’s Bazaar Arabia, VICE, CNN and The Indian Express among others.

Aakanksha is a graduate of Columbia University where she completed her Masters in South Asian Studies and International Affairs. In addition, she received a B.A. (Hons) from the University of Toronto, where she graduated with academic distinction from their joint journalism (specialist) program. She has been named in Forbes Middle East’s 30 Under 30.